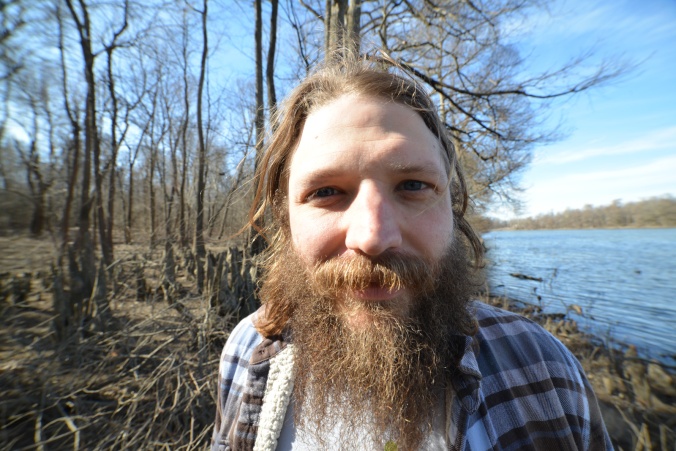 Nathan Blake Lynn is an American musician, songwriter and folklorist from Paducah, KY. Along with being a founding member of the bands Bawn In The Mash and the Wheelhouse Rousters, he has recorded 5 solo albums. He is also a supporting musician in the Solid Rockit Boosters and legendary dobro player Jack Martin’s band Good Company. An honorable Kentucky Colonel and standing board member of the Kentucky Oral History Commission, Lynn’s songs highlight his love for American roots music.

Growing up in Western Kentucky, near the town of Paducah, Nathan has been influenced by the hills and bottoms that collide in this rich cultural area known for its river confluences.  His family has played a role in his sound through gospel and country music, including the introduction to Western Kentucky Thumbpicking.

After graduating from Murray State University in 2003, Lynn was employed at the Homeplace 1850 Living History Farm in Land Between the Lakes. Here he studied American history and worked in many traditional trades, including delving deeper into traditional southern music. It was also during this time that he and a number of friends formed the Americana band Bawn in the Mash.

Over the years Nathan has shared bills with many artist including Tim O’Brien, Darrell Scott, Pokey Lafarge and the South City Three, Tony Rice, Peter Rowan, Leftover Salmon, Cowboy Jack Clement, J.D. Wilkes, Eddie Pennington, and many others. In 2011, Nathan received an honorable mention in the Telluride Troubadour Competition. The same year, his song “Last Night in Grandma’s Bed,” was featured as the intro music for the acclaimed show, Bluegrass Underground. He has been a featured artist on 650 AM WSM, 91.3 FM WKMS, 88. 1 FM KDHX, among many other radio stations.

Nathan spent many years working as a transporter, traveling in a white Freightliner across the country and also had the fortune of performing upon numerous excursion boats on the Ohio, Tennessee and Cumberland Rivers, including the Delta Queen. After living in St. Louis and Chicago from 2008-2010 with his wife and children, he returned to Paducah, KY and began work as the head of the Local and Family History Department at the McCracken County Public Library in 2011 .

In 2013 he donated all proceeds from his self produced album, “New Songs From Old Western Kentucky,” to WKMS Radio out of Murray, KY. Also in 2013 he was featured along with friends J.D. Wilkes and Josh Coffey in the WKMS documentary “Kentucky Dam: Power for the People,” which won the 2013 National Sigma Delta Chi Award Winner given by the Society of Professional Journalists. In 2014 he was featured in the WKMS documentary “Irvin S. Cobb: Back Home” as well as, J.D. Wilkes book, “Barn Dances and Jamborees Across Kentucky.” The same year, Nathan and Coffey were part the backing band along Layne Hendrickson, and J.D. Wilkes, for Charlie Stamper’s, Appalshop release, “Glory To The Meeting House.”

Nathan has appeared on numerous KET programs as well as in Paducah Life, Tribal, Story Magazine and many other publications. In 2014 he began to present at engagements, advocating the preservation of Western Kentucky roustabout music and the work of musicologist Mary Wheeler.

His 5th solo album, Tales of a River Hobbit, was released in spring of 2017.