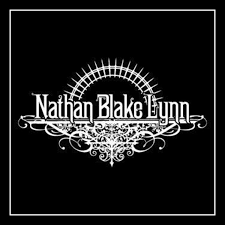 Nathan Blake Lynn is an American musician, writer and folklorist from Paducah, KY. Along with being a founding member of the bands Bawn In The Mash and the Wheelhouse Rousters, he has recorded 5 solo albums and is a supporting musician in the Solid Rock’it Boosters. An honorable Kentucky Colonel and standing board member of the Kentucky Oral History Commission, Lynn’s songs highlight his love for American roots music.

“Is Nathan Lynn a river hobbit? Perhaps. His wife thinks so. I don’t know. What I will say, though, is Nathan is a singer/songwriter who has found his authentic voice. With Tales of a River Hobbit, Nathan establishes himself as a mature songwriter grounded in his sense of place. That place is Kentucky, the sloughs & hollers near the confluence of the Tennessee & Ohio river. That place is father, friend & husband, the gardens & campfires, the sick children & self-introspection & death of growing older. This album is all of those things delivered using the broad spectrum of his musical talent. It pays respect to Kentucky’s diverse musical heritage while being a stand alone piece of moving songwriting & pickin’.”

“His latest album, Tales of a River Hobbit, reveals a man who is beginning to see a culmination of emotion from his musical experiences that, in itself, leads to new songs that can only from from seasoned experience. It is a bluegrassy, bluesy journey.”

“As with most time-tested musicians, Nathan’s come to understand the cost of his passion for songwriting and performing, knowing that his life remains an intricate balance among the pursuits and the people he loves.”

“Spent a little time on the mountain! Spent a little time on the hill!” ⚡️🏔🍀#ForeverGrateful #GetOutside @greatsmokynps
#Festival
💚 💛 ☮️ 💛 💚
🖤 FREE CONCERT, this FRIDAY, 6 PM, at the Paducah Gazebo! #RiverHobbit
Thanks to @paducahparks for a great time last evening! Support local musicians every Friday and Saturday this summer at the Paducah Gazebo! 📸 @bamvideo
“We went from the deepest canyons, to the highest mountains, and all points in between.” Bill Nershi
Loading Comments...